We cover the Chicagoland Area by offering billboards in the far Northwest Suburbs including all major commuter roads with digital displays, our proprietary back-lighted billboards known as “AdLites”, and traditional static billboards. 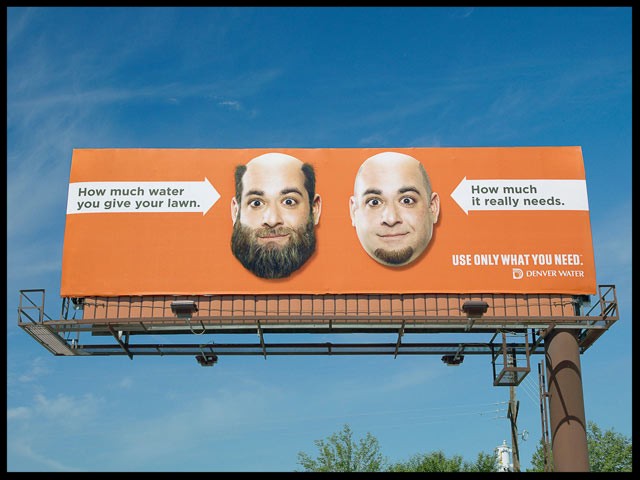 Between navigation systems, mobile devices and a range of listening options, drivers are more distracted than ever. But people continue to notice billboards.

This media remains well-positioned to capture attention, even in the digital era. In fact, if anything, digital billboards are even more eye-catching than static ones. This has helped out of home (OOH) advertising stay relevant at a time when so many traditional forms of marketing have fallen out of favor.

Why do billboards continue to retain our attention, and what can advertisers take from their continued relevance? Read on to learn the “why” behind this interesting phenomenon.

To understand why billboards continue to be noticed, you need to understand how much time we log in our vehicles. It’s a lot.

Americans spend an average of 17,600 minutes in their cars every year. That’s more than 293 hours annually.

What does all this mean? The more time people spend in the car, the more time they look at their surroundings. And that, of course, means more time spent noticing billboards. How can we be sure? Let’s examine some more research.

People See Billboards on the Road

Arbitron did a survey that showed huge levels of engagement for billboard advertising. The company found:

Clearly, billboards attract attention. There’s a lot to be said for an audience that can’t turn away. When someone is driving, they have no choice but to pay attention to the road. That’s not so with other media, such as TV or radio. You can do other things while you watch a TV show or listen to music, such as browse your mobile device. When you’re driving, you have to keep your eyes on the road — and hence see those billboards.

Why Do People Notice Billboards?

There are three main reasons why people notice billboards:

Billboards are unlike any other media in that there’s no way to turn them off. You have no choice but to notice them. You can block popups on a digital device. You can skip commercials on your DVR. You can pay for ad-free music channels on satellite radio. And you can flip right past the ads in a magazine.

Some people claim they don’t care for advertising. But advertising informs them, and they act on that information. That’s especially true for billboards. Another Arbitron study, this one about people’s in-car habits, found that more than half of people had learned about a restaurant they wanted to eat at or an event they wanted to attend through a billboard.

Highway advertising can also be highly targeted to the audience. Travelers are interested in three things—food, gas and lodging. That’s why you see so many billboards for all three along major (and even minor) highways.

People respond to this. A recent Nielsen survey found that 23 percent of respondents have gone online to find information about an advertiser they saw on a billboard. And 16 percent have visited the advertisers’ website after a billboard piqued their interest.

Imagination has always shone on billboards. Whether they deliver a funny image, a clever turn of phrase, or an ingenious subversion of traditional billboard creative, billboards provide a canvas for inventiveness. Many agencies and advertisers are more than up to the task of filling it. And people take notice.

That Arbitron in-car study found 56 percent of respondents have mentioned a funny billboard in a conversation. That’s truly remarkable when compared with other media — how many times outside the Super Bowl do people even talk about TV commercials?

What About Digital Billboards?

These billboards are more noticeable than other media, too. Nearly three quarters of respondents to the Nielsen survey said digital billboards “stand out” more than online ads. Forty-six percent said they stand out more than television commercials. But no matter what type of billboard is employed, it still draws a lot of attention.

People Will Continue to Notice Outdoor Billboards for Years to Come

People can discuss “new” vs. “old” media for hours. What matters is whether people see your ad, and with billboards, they always will. Billboards remain just as noticeable today as they did more than 100 years ago, when they first started lining America’s nascent roadways.

It doesn’t hurt that they’ve evolved with the times by going digital and that some of the most creative minds in media continue to make billboards that make people laugh and make them think. It’s safe to conclude that drivers and passengers will continue to notice billboards for a long time to come.